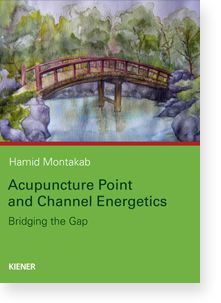 This book offers a broad and profound understanding of the body energetics bringing together the Eastern Classical Chinese principles with Western medical and anatomical concepts, as well as the Daoist oral traditions. The three dimensional, physical, energetic and psycho-spiritual understanding of the channels and the points of the body, has very broad applications. It is fundamental not only in the practices of acupuncture, Tuina massage, Taichi and Qigong, but also helps to better understand the spiritual disciplines as described in the techniques of Neidan (Inner Alchemy).

Furthermore the superficial pathways of the channels, not only maintain the functions of the muscles and the fascia, but also have deeper physiological, organic and even psychological effects. This relation between the outer structures and the inner physiology could even explain the functioning of many Western Manual therapies, as well as psychological releasing methods.

This book provides a solid background of Classical Chinese energetic theories, explained by a Western MD trained in Chinese acupuncture and herbs as well as in Western osteopathy, supported by decades of clinical and practical experience.

Hamid Montakab’s latest book, following the publication of his first book on insomnia, covers acupuncture points and channel energetics. ‘Why yet another book on acupuncture?’, asks the author in the preface. He recounts his acupuncture education, which started in Paris at medical school. When he went to the East after graduation he discovered to his surprise that he possessed traditional medicine information in various theoretical areas that many of his Chinese teachers did not have. Further studies in the US confirmed for him that French acupuncture was a treasure house of acupuncture knowledge lacking in many other traditions; this is the amazing attribute of this book. Hamid Montakab has taken 20 years to assemble a huge collection of information from a wide variety of sources, but especially the French tradition. Because the French were the earliest Europeans who studied acupuncture and, having excellent sinologists, translated original texts long before anybody else in the West, there is a wealth of information here which has hardly been seen in the English/American acupuncture literature. Hamid Montakab combines this wealth of knowledge with his experience of over 40 years of clinical practice and presents us with a book that bursts at the seams with valuable tools and information.

A total of 27 different point types are described, both theoretically and clinically. Amongst them there are better-known points such as the shutransporting, yuan-source and beishuback- transporting points, but there are also lesser known and used points such as the pen/ben-element points, the specific organ points (categorised by the French school and assimilated with the mu-alarm/collecting points), or the local barrier and mobilisation points, which are useful in treating localised problems. For example tendinitis may be treated by controlling the return of yang from the forearm to the arm with the use of the local barrier point Huizong SJ-7, or a frozen shoulder may be treated by controlling the exiting of yin from the chest into the arm using Yunmen LU-2, or restless legs may be relieved by controlling the exit of yin from the pelvis into the leg with Chongmen SP-12. I have also discovered new applications in these point descriptions, for example Yinlingquan SP-9, a he-sea point well-known to drain dampness, is described by Montakab as treating lack of appetite or diarrhoea. Some time ago I picked up a very effective point combination for nightmares and severe anxiety from a colleague (Shenting DU-24 plus Benshen GB-13), but was unable to find a reference for this combination; Montakab not only lists this combination, but also explains that it is based on both points being shenspirit and ling-soul points.

The book initially gives some historical background of Chinese and French acupuncture, explains the energetic structure of the body, and proceeds with a section covering all the primary channels and acupuncture points. It includes a substantial section on the jingjin-sinew, luo-connecting and jingbie-divergent channels, as well as the Extraordinary vessels (qijing bamai). The section on the energetic structure of the body gives a clear overview of all the channels and their connections with each other. Excellent drawings illustrate the various interconnections of the hand (shou) and foot (zu) channels, the changes in channel intensity from greater (tai) to weaker (shao and jue), and the different depths of the channels from the surface (jingjjin-sinew) to deep inside the body (luomai-connecting vessels). Montakab manages to clearly describe and sometimes connect the diverse viewpoints from different traditions and schools of Chinese medicine. He explains the at-times conflicting information, making sense of many teachings I had previously encountered, but never quite understood. One of these revelations is his helpful description and schematic representation of the six-division relationship of the channels, explaining their yinyang polarities, physiological actions and physical locations. In doing so he makes ample reference to clinical applications, for example since Taiyin opens outwards, needling Yuji LU-10 with Yinbai SP-1 or Dadu SP-2 has the potential to promote sweating.

A large section of the text goes through all the primary channels and acupuncture points. I have not come across any other book that gives all the different names used for each acupuncture point and then lists such numerous clinical applications in a concise and comprehensive way. The text reads very easily despite comprehensive referencing of classical sources, including the Su Wen (Basic Questions), the Ling Shu (Divine Pivot) and an array of other Chinese classics and European texts. The book is beautifully edited with illustrations used to represent the more difficult aspects, such as channel and point relationships. Acupuncture points are drawn with important anatomical features to identify their location and bodies alternate between female and male. This is also a book to get a more comprehensive view on the more obscure channels that are often neglected in other text books. A further plus is the inclusion of some very helpful case studies. Finally there is a valuable index, cross-referencing all the content to give the reader the chance to find almost any pathology that might be encountered in clinic. No acupuncturist should miss this book. I also look forward to Montakab’s next book entitled ‘Chinese Medicine revisited’.