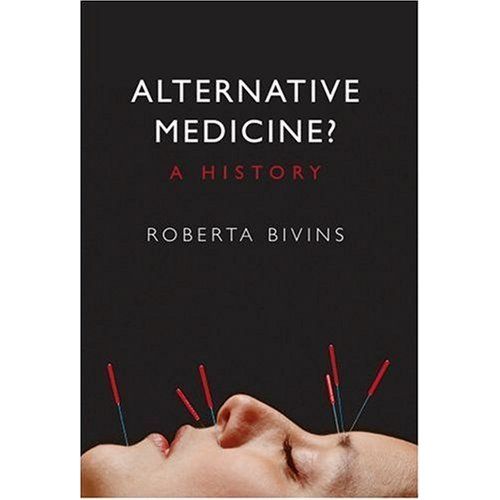 Walk into the local health food shop or pick up today's paper and the chances are that you'll see adverts for acupuncture and herbal medicine, hypnotists and homoeopaths. Some doctors and scientists mourn the lost lustre of mainstream medicine and complain about a new breed of 'irrational' consumer. But what exactly is 'alternative' medicine? Is the astonishing popularity of alternative and multicultural medicine really such a recent development? And, given the success story of modern biomedical science, why are alternative and traditional treatments now so fashionable? Has the impersonal chill of high-tech medicine driven consumers into the arms of charismatic quacks? Or is it the cost of Western medicine that makes its competitors look so attractive? Do patients seek hope, holism, or just the thrill of rebellion? This book seeks answers to all these questions and more.

This is a fascinating book for those interested in Chinese medicine for two main reasons. First of all it shows how modern biomedicine – just one of a whole variety of competing medical systems – succeeded in dominating medical discourse and gaining power, and secondly it shows how the practice of ‘alternative medicine’, including Chinese medicine, is much older and much more varied in the West than we might think. Take for example the story of R.B, “businessman, gentleman about town, and medical consumer”. Suffering from hydrocele, and discontented with the treatment proposed by “one of the most celebrated professors of surgery” which was to be the injection of port wine into his scrotum, he fortuitously bought the May 1836 copy of The Lancet. An article described a technique of painlessly inserting acupuncture needles into his scrotum. He acquired needles and proceeded to puncture himself, eventually drawing a single drop of clear fluid. Much disappointed at this seemingly unsatisfactory result, he was amazed to discover at bedtime that the swelling had disappeared. He was so pleased by his success that he wrote a letter to The Lancet which was published and eventually circulated around the world. Or take the fascinating story of the treatment of gout by moxibustion. Hermann Busschof, a Dutch minister in what is now Jakarta, took to his bed in 1662 in agony from gout. After six weeks he was persuaded to allow an “Indian doctress” to visit him. Although she was confident of easily curing him, he at first rejected the treatment when he heard that it involved burning. Yet driven by despair he then repented and she burnt moxa on his hands and knees. Busschof was so impressed with the results that he published an account of it that first appeared in English in 1676. His experience inspired Sir William Temple, a British diplomat, who self-treated an attack of severe pain and swelling of gout with moxibustion. Although he morosely stated that medical treatment “seldom reaches to the degree that is promised by the prescribers”, and although the claims he encountered for moxibustion suggested that it should be applied as soon as there is pain and before swelling had occurred, he was soon able to walk “without any pain or trouble and much to the surprise of those who were about me, as well as to my own”. Temple’s published account brought widespread prominence to the treatment. Bivins discusses at length the various reactions such an effective treatment aroused and it is no surprise that they often mirrored the current orthodox medical response to acupuncture, acceptance of the technique but rejection of, and even contempt for, its theoretical and philosophical context. Moxibustion, and needling, are by no means the only forms of ‘alternative’ medicine that Bivins discusses. There is a fine discussion of Mesmerism, the invention of Anton Mesmer in the late 18th century. Mesmer claimed to have discovered ‘animal magnetism’ which responds to “the action of a universally distributed fluid, a fluid that surrounds all that exists and which serves to maintain the equilibrium of all the vital functions”. Treatment (usually given by a vigorous male, super-endowed with animal magnetism, to his predominantly female patients) was to stimulate the patient or even directly transfer magnetism by means of various strange contraptions and the practitioner’s focused will. The treatment induced crises or trances. Bivins’ account of Mesmerism practised by John Elliotson, Professor of Practical Medicine at University College, London, and a follower of Mesmer, reads like a cross between qigong, stage hypnotism and Derren Brown, “Thus, his young subjects were hypnotized via mirrors, lifted weights beyond their strengths, imitated his unseen movements and saw through closed containers …”. Mesmerism was immensely popular in the 19th century with several journals and widespread practice, including by doctors who mostly rejected the magnetic fluid concept but adopted the practice because of the remarkable results they witnessed among their patients. There was an account in 1842 of an amputation achieved on a conscious patient by means of painless ‘mesmeric anaesthesia’, an extraordinary achievement at a time when there really was no effective anaesthetic. There is a fascinating overview of the rise of homoeopathy and the long struggle for medical dominance in the United States in the 19th century between it and ‘regular medicine’, a battle which was eventually won by the regulars, although Bivins demonstrates that what eventually became orthodox medicine had to respond to homoeopathy’s gentle approach by moderating its own fierce, ‘heroic’ treatments such as bleeding, blistering and the application of strong and often toxic drugs. For those who believe that Chinese medicine did not spread through Europe until the latter half of the 20th century, it is salutary that even in the beginning of the 19th century acupuncture had become popular (espoused by a young Parisian physician L.V.J Berlioz, the father of the composer) and the observation that acupuncture was recommended at sites distant from the site of the disease made it “among the first therapies to be examined in terms of its electrical potential”. In Britain, James Morss Churchill published A Treatise on Acupuncturation in 1822. Bivins’ account includes much that is wonderful and revelatory and is not confined to the impact of Oriental and other ‘alternative’ medicines on Europe, covering also the spread of mesmerism, homoeopathy and Western medicine to India and its inter-relationship with existing traditional medical systems. As Wellcome Lecturer in the History of Medicine at Cardiff University she is well qualified to offer this historical overview of how medical expertise has migrated from one culture to anther and what battles have been fought for pre-eminence between various medical systems. In many ways these struggles show that the debates we find ourselves engaged in today have been mirrored in past centuries. For anyone with any interest in the history, politics and culture of medicine, this is a great read.