Outlook for the Asiatic black bear 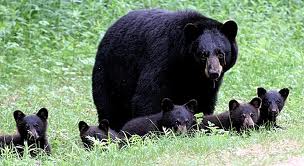 Not traditionally associated with high animal welfare sentiment, in recent months China has seen an unprecedented outcry across the country calling for the practice of bear farming to end. Sparked by opposition to the financial expansion of a company that extracts bile from live bears, Chinese animal welfare groups and compassionate citizens have called for the whole industry to be shut down.

Guizhentang, the pharmaceutical company in question, and the third-largest farmer of black bears in China, wants to raise capital to farm 1,200 black bears for the manufacture of about four tons of bile powder annually. Qiu Shuhua, the founder of Guizhentang, responded to the popular outcry to say that their bear farming operations have been approved by authorities, also going on to say “Opposing us is equal to opposing the country.”

This statement generated shockwaves through the media, and many people were critical of both the sentiment and the company, claiming it was instead unpatriotic to endorse the bear farms, which were felt to be causing damage to China’s standing in the international community, the image of Traditional Chinese Medicine, the Chinese people and China, and that the association was a stain on their reputation.

The strength of opposition to Guizhentang going public indicates a rapidly growing awareness of people in China of the rights of animals, and the media is flooded with stories showing the true horrors of the industry: caged, diseased and dying bears, methods of bile extraction supposedly against regulations, contaminated bile, and many of the products illegally exported to other countries. In what has being termed as a "tipping point", support for the bears is at an all time high. One of the country's leading internet providers recently broadcast a story involving celebrities, doctors and 62 nationwide animal welfare groups who have also joined this campaign. Celebrities such as Karen Mok were featured on a Sina-organised Microblog which saw over 4,000 people involved on the day, and over 90,000 signatures in response to an online signature campaign.  One celebrity even offered to have the "free drip" extraction method surgically performed on his own body, saying that if he did not suffer he would ask welfare groups to end their campaign. An appeal by lawmakers and political advisors earlier this year (2011) to ban bear bile extraction won wide support from netizens in China, with more than 50,000 postings on "save black bears" on the microblogs of the Chinese portal Tencent.

Urging the government to put black bears under top-level state protection, and for the formulation of a law on animal protection to conserve biodiversity in the country, Jia Baolan, a member of the National Committee of the Chinese People's Political Consultative Conference (CPPCC), the top advisory body  said "A timetable should be made to ban the practice in the shortest possible time.” A law is currently being drafted and debated in China's parliament, the National People's Congress.