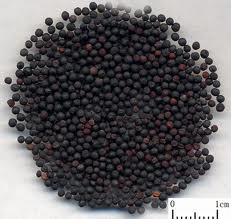 In a 2008 report from TRAFFIC which researched the use of pangolin substitutes in traditional Chinese medicine, Guan-Bang Wang of the Taiwanese Council of Agriculture recommended that Wang Bu Liu Xing (Vaccaraie Semen), or dried seeds of cowherb Vaccaria segetalis, can be used as a substitute for pangolin scales with the same effectiveness.

In 2003, a study funded by the Taiwanese Department of Health and referred to by Guan-Bang Wang (above), compared the effectiveness of pangolin scale and cowherb seed on lactation performance, immuno-modulation, and anti-tumor effects of rats. The research revealed that the effects of cowherb seed were equal to or even better than that of pangolin scales, suggesting the promising prospect of an ideal substitute in helping pangolin conservation.