Acupuncture In The Treatment Of Children - 4th Edition 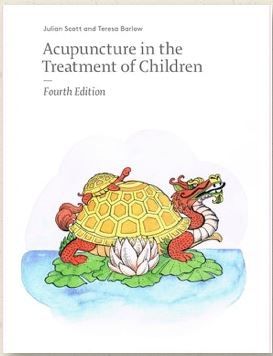 
This beautifully designed and illustrated book contains all that the practitioner needs.

Pediatrics has long been recognized as an important branch of traditional Chinese medicine, and there are many specialized texts in Chinese devoted to this topic. Acupuncture in the Treatment of Children is the leading English-language textbook an this field. In it, the authors describe nearly all of the illness and conditions that commonly beset children, together with a clear explanation of how they occur. It is based on 40 years of clinical experience, so the authors can describe in detail the likely results of treatment.

In the 20 odd years since the publication of the third edition, there have been great changes in the way children are brought up, and in the stresses they are subjected to. Children as young as 3 years old are given their own electronic tablets; at 10 they will be spending hours each day on social media; in the teenage years there is huge pressure from both school and their peers. This is leading to the emergence of new patterns, which are explored throughout the book. Every chapter has been revised; and the chapters on causes of disease, abdominal pain, allergies, and insomnia have been extensively rewritten to take account of these changes.

Mothers and children are now more nervous and highly strung, making many children terrified of needles. The chapter on needle technique has been expanded to include laser and micro current treatment for the frightened child.

The book has been written with the express aim of helping practitioners to treat children. Illness is so easy to cure at a young age. If left untreated, the symptoms may go away, but the remaining imbalance can lead to a lifetime of unwellness.

Paul Burdon LicAc, submitted his video review of this book below >>

No available as an eBook for only £57.50! Click here to see more

This is a new, greatly expanded edition, of Julian Scott's seminal work on paediatric acupuncture. He may be considered to be the pioneer of the use of acupuncture for children in the Western world, writing the first edition of this book in 1986 when even the idea of treating babies and very young children was almost unknown. Many years have now passed and Julian Scott's clinical experience and expertise have grown equivalently, and he and his co-author are now in a position to offer the benefits of this expertise in treating Western children. The introduction to this edition explains "We have tried to make the book more fun to read, avoiding (as best we could) those stilted expressions that seem to rise naturally in translations of Chinese medical texts. In its place we have substituted genuine English ' the sort a patient can understand! Next, we have described what actually happens in the Western clinic. How many treatments before you can expect results? What should you say when the patient complains? When must you insist on using needles, and when is moxa or massage enough? We have also introduced patterns of disease that we see in the clinic, but which are not described in Chinese texts. One of these patterns, which we call hyperactive Spleen qi deficiency, arises from a combination of junk food, computer games, and lack of discipline ' a combination that is not yet common in China. Throughout the book we have introduced new patterns of this sort, whenever we have experienced them. We have done our best to make it clear which information comes from China and which from our fertile imaginations. Finally this edition focuses more on our own experience at clinics in England and the United States. It is perhaps for this reason more than any other that we feel this book will be of benefit to all practitioners: it is based on the realities of the Western clinic. If we say that something works, it is because we have actually found it to work. It is an experience that we would like to share with others, so that you too may do your part in treating the countless children who need help".

At close to double the size of the previous edition, this new version has many new sections. There are 14 new chapters covering such subjects as basic childhood patterns, puberty and the stages of development, immunisations, learning difficulties, hayfever, hyperactivity, attention deficit disorder, autism, Down's syndrome, cerebral palsy and infantile paralysis. When added to the 25 disease chapters presented in the previous edition, this represents a very thorough analysis of the main disorders presenting in a children's clinic. There is also a new outline of patterns commonly encountered in children and an extensive list of paediatric symptoms and diseases that are treatable with acupuncture. As always, whilst presenting theory and differentiation in a clear and comprehensive manner, the approach is equally based on clinical reality. This is a fine textbook which is simply the leader in its field. Furthermore, it is evidence once again of the coming of age of acupuncture in the West.